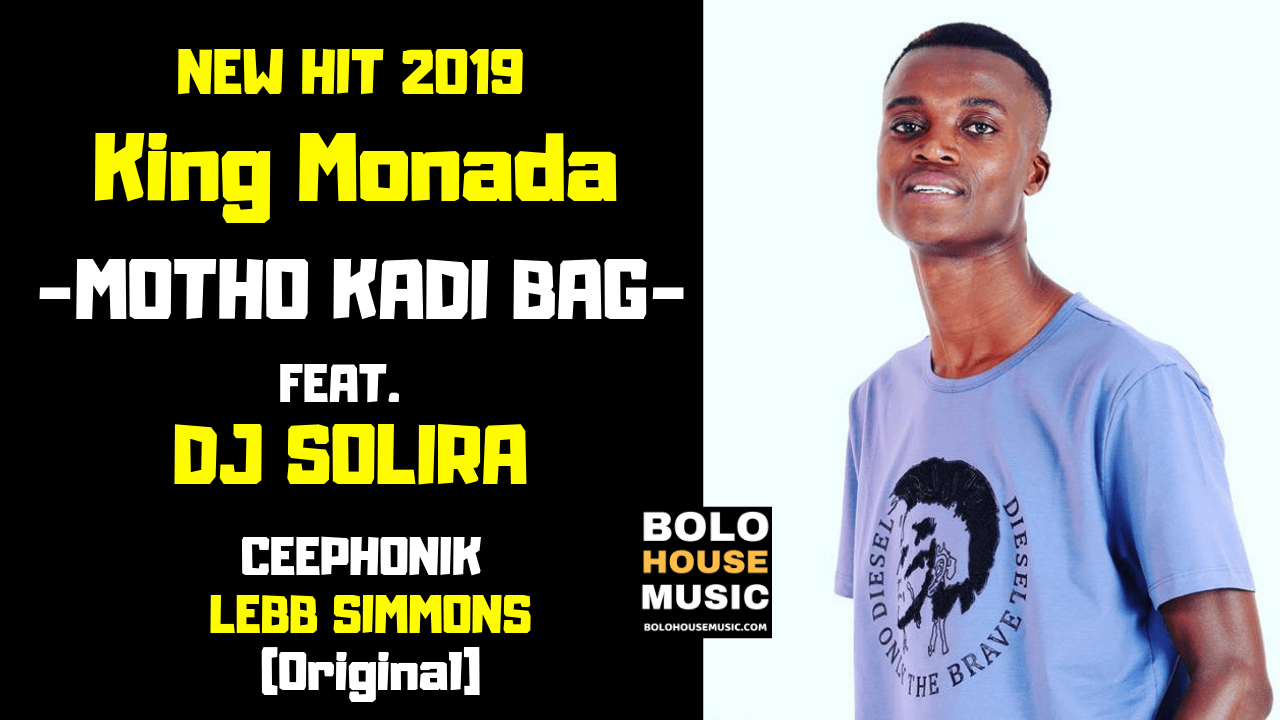 King Monada – Motho Kadi Bag is here and the social media is getting out of hand. Motho Kadi Bag features the talent of Dj Solira, Ceephonik and Lebb Simmons.

King Monada is Officially and finally back to the studio in 2019. He recently composed a new hit which is bound to shake South Africa once again.

He wrote about a woman who packed her bags and left home in December, leaving her husband without an explanation of when she is coming back. The husband assumed that when she left, it meant they broke up.

To his surprise, she is back with her bags once again at home. Find new king monada 2019 songs below and enjoy the talent of bolobedu. Khutso Steven Kgatle is famous for delivering a message that builds the community through his music.

In 2018 Khutso released a song that captivated the whole Africa. The song was called “Malwedhe” which means diseases in English. Moreover, he continued to give his fans music that resonates with their culture. The new hit song called motho kadi bag is also following the same trend as his previous song of the year winner.

We have seen motho kadi bag being featured on youtube trending music after three days of the release date. At the time we wrote this the song already accumulated one hundred and sixty thousand views on youtube. In addition, King Monada – Motho kadi bag is also the first song to be released by Khutso in 2019.

How many songs to expect from Monada in 2019

Khutso recorded a live video on Facebook earlier this year. He stated that his fans should expect more music from him in 2019. It was very interesting when he asked the fans how many songs they wanted him to release in a year. He later concluded that 100 songs will be the benchmark. Therefore, King Monada – Motho Kadi Bag was just the beginning of a new tale in 2019.