The new album: Prince Kaybee – Re Mmino Album is finally out after nearly a year of waiting.
The much-admired producer Prince Kaybee truly showed his creativeness and versatility on this album. You can expect a collection of gqom, clubby, tech-house, and afro house coupled and wrapped in one album.

Re Mmino album is served with 13 smash hits that is set to shake South Africa in 2019. Prince Kaybee leaves no stones unturned as he drops an album that offers choice.

His new album is called Re Mmino which means We are music in English. He initially released:” Fetch Your Life” to the public to tease them with a taste of what is coming.
Fetch Your Life by Prince Kaybee is already a certified hit and with over 500 000 views on YouTube.

Inside Prince Kaybee – Re Mmino Album

He featured Msaki, a talented vocalist from East London. She is the one who is responsible for the sexy voice that drives the fans crazy. Some of the memorable words in the song “We pray away the pain of not being in alignment with our dreams”. 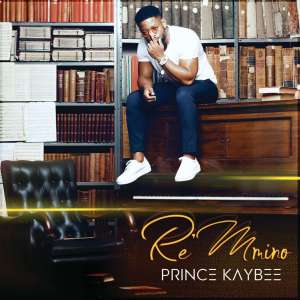 Many people can connect with the song on a personal level because the message truly hits home. Club Controller is also featured in the Re Mmino album. There is no need to explain club controller because it has already finished the salaries on many South Africans buying more booze.

This album is a powerhouse of great music because of the nature of talents contained within. Without doubt, It is definitely worth spending your money snatching a copy of this album. Watch out for Prince Kaybee – Re Mmino as a contender for wining album of the year on the next Metro awards.

This will not be a complete review if we didn’t include the response from the fans. Some of fans have criticized the maestro for releasing Re Mmino. Some fans responded on twitter that Prince Kaybee – Remmino is too short and its filled with many remixes.

They claimed that the album has only tracks. There it should be called an EP instead and the title should be DSTV because Re mmino is full of repeats. In contrast some fans were very excited saying “ There goes my last cents, you never disappoints.

Following the drama between Prince Kaybee and TNS. Many clain that TNS took most of the songs which were going to make the album complete. A positive feedback was given to the song Gugulethu ft Indlovukasi, Supta and Afro Brotherz.

Here is what you will find inside the Prince Kaybee’s latest album :