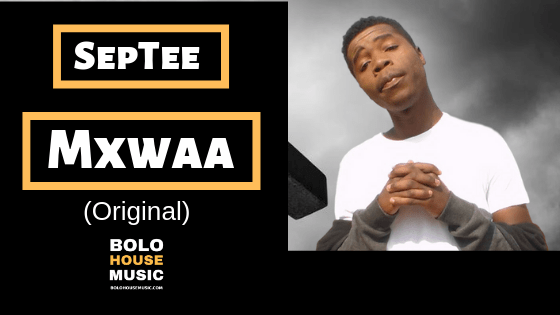 SepTee – Mxwaa is out and rocking the crowds. Since SepTee released his new single Mxwaa, he recieved a massive local support.
The song has been widely played in the local clubs, which shows how much impact his music makes locally.

SepTee whose real name is Lucias Daniel Phala is a South African singer, songwriter and record producer.
Born and raised in Kgautswane Limpopo, he is regarded as one of the most successful upcoming artist in South Africa.
Since 2015, he established his own record label, Wena Music. SepTee rose to fame with the release of his album”Gae Ke Limpopo” which produced a successful single”Mxwaa”

In the music industry, he worked with Double Kay, Hammer k, Crazy Tee, RapHolic, The niece, Tripy Trickz, BO MK, Cool Kay, G Skill, and Black Mabazo. Get the latest release by SepTee and enjoy the best talent from Limpopo.