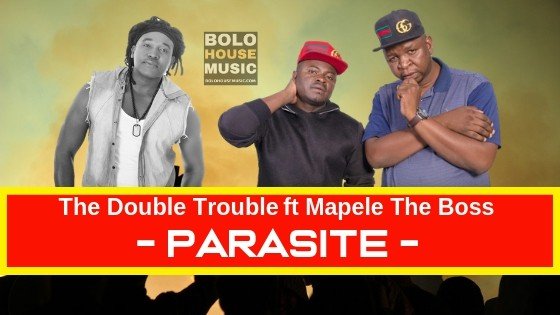 Song by The Double Trouble In 2019

The Double Trouble lately released great songs including Yawa Ke Nama, where they featured Biodizzy.
They have also worked with Queen Vosho to give us Zwe Feledhe Kae. One of their top singles that emerged strongly is Nyatsi which dominated social media platforms.
Since January 2019 has started, The Double left no stone unturned in releasing music. Their fresh approach of music brings a different angle of a new flavor in bolo house. Parasite is a love story in the eyes of the author and fans.

The song paints a story of a man or woman who had enough of playing in a relationship. He/She is now looking for a real partner after realizing that she/he is being played. He/She is now accusing the partner of being a parasite.
He/she make claims that the partner only wanted their property. Thus, she/he should pack their backs and bring his/her property. Moreover, they say what is yours is yours, what is mine is mine.

Download the latest song by The Double Trouble in 2019 below and learn to enjoy bolo house.